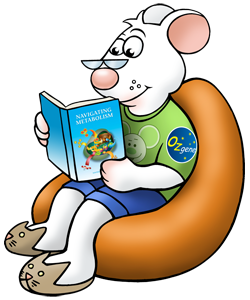 For decades, scientists have been analyzing signaling pathways in the hope of developing effective therapies. Signaling is part of the complex system of communication that governs cellular activity. To coordinate activities including growth, repair, immune response, and normal maintenance, cells release substances that transmit information both inside and between cells. Errors in information processing can lead to disease.

Navdeep Chandel Ph.D. is the David W. Cugell Distinguished Professor in Medicine and Cell and Molecular Biology at the Feinberg School of Medicine. He studies mitochondria as a signaling organelle. Chandel says, “accumulating evidence suggests that metabolism regulates signaling pathways and gene expression, and metabolic changes underlie conditions including diabetes, neurodegeneration, cancer, drug-induced liver damage, and cardiovascular and inflammatory diseases.” He thinks that change in diet and environment is at the root of many of these diseases and metabolism is poised to sense these changes.

Chandel’s research focuses on changes in mitochondrial metabolism regulating signaling processes, which impact physiology and pathophysiology. Mitochondria are popularly known as the “powerhouse” of the cell, as they typically generate the bulk of ATP used to maintain homeostasis and survival of mammalian cells. Additionally, mitochondria play an essential, albeit underappreciated, role in biosynthesis of macromolecules such as lipids and heme and iron-sulfur clusters that has been studied for decades.

These two major roles of mitochondria – the production of energy and support of biosynthesis – make them central to diverse biological outcomes including proliferation, differentiation, and adaptation to stress. Yet the classical conception of cellular actions is that they are driven by commands from the nucleus, and changes in mitochondrial metabolism occur simply as a consequence of these commands. Mitochondria are rarely considered to dictate commands or provide signals themselves to change biological outcomes. However, should the cell commit to a process like proliferation or differentiation without adequate functioning mitochondria, then it would likely undergo a metabolic crisis resulting in cell death or senescence.

For optimal cell function, there should exist health status feedback from mitochondria to act as a checkpoint prior to cellular action. Chandel’s laboratory has provided evidence that release of reactive oxygen species is a mode of communication between mitochondria and rest of the cell. He has utilized Ozgene to generate two conditional knockout mice that disrupt mitochondrial function to help elucidate the role of mitochondria.

“The NaVβ1(C121W) mouse model generated by Ozgene has been instrumental in revealing pathogenic mechanisms in human genetic epilepsy.” Order your mouse now to arrive as an early xmas present next year! We have extended our 15% saving until 31 December 2014 to wish you a Happy Holiday Season. With our new goGermline technology, improved timelines and project access, there has never been a better time to start a project with us.

Are you interested in the goGermline technology or the Lean management system at Ozgene, including the live timelines and live project updates? Or are you simply just curious…? Contact us today to book your personal webinar, where we show you how Ozgene works and what it means to your project. 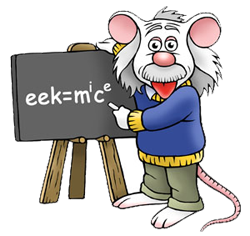 Did you know that Geneoz has the capability to remotely manage client mouse lines in their own facility? This means that clients can choose to have Ozgene remotely manage their colony for them, including requests for mating, biobsies, weaning etc.