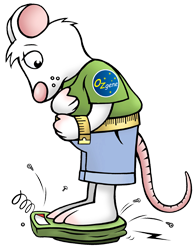 Almost 90% of people with type 2 diabetes are overweight or obese. However, not all obese individuals develop the disease. Changes in the epigenome could be a fundamental reason behind the susceptibility to type 2 diabetes. The epigenome is involved in regulating gene expression by coupling chemical flags to the DNA and to the histone proteins that constitute chromatin. While the genome itself remains quite static, the epigenome can be dynamically altered by environmental conditions and nutritional components.

Dr Eckardt Treuter from the Karolinska Institutet in Sweden and Dr Nicolas Venteclef from Institute of Health and Medical Research (INSERM) in France have studied alterations of the epigenome during the development of obesity as a possible trigger to insulin resistance and diabetes.

In a recent paper published in Nature Medicine, Drs Treuter and Venteclef found that the variation in type 2 diabetes development may relate to adipose tissue (AT) inflammation that develops as obesity progresses. The degree of AT inflammation is linked to the state of macrophage activation and driven by epigenomic alterations linked to gene expression. The paper demonstrates that a co-repressor complex containing G protein pathway suppressor 2 (GPS2) plays a key role in controlling the epigenome in macrophages as well as in adipocytes.

Obese individuals with diabetes show reduced GPS2 expression in macrophages as well as elevated systemic and AT inflammation. A macrophage- and adipocyte-specific Gps2 knockout mice, derived from floxed mice generated by Ozgene, were used to study this causality further. The mice were put on a high-fat diet, but instead of becoming obese, they developed complications such as adipose tissue inflammation, systemic insulin resistance, and fatty liver more rapidly than normal mice.

Drs Treuter and Venteclef believe that alterations of the epigenome can speed up an inflammatory response under conditions of metabolic stress linked to obesity and diabetes. Their findings indicate that these alterations during the development of obesity may not just be a consequence, but a cause of insulin resistance and diabetes.

For more information on the research, please visit the Karolinska Institutet website and see the recent publication below.

Our CEO and CSO, Dr Frank Koentgen and Dr Gabi Suess, are attending the ICI2016 conference in Melbourne 21-26 August. Please let us know if you would like to have a chat with Frank and Gabi during the conference.

I have recently found that many aspects of my life have been leading to one discovery… curiosity. But what does curiosity actually mean? This might get quite heavy so just bear with me…