I recently chaired a lunch time discussion on ‘Standard Work – the Basis for Scientific Thinking’ at the Shingo International Conference in Atlanta. Handel’s Water Music Finale was playing on my phone. The discussion started with a comment by one attendee: “We cannot do Standard Work – we employ artists in a creative business that makes greeting cards, gifts etc.” I turned up the volume of the music and asked people what they thought the music was. The answer was “Bach”, “Beethoven”, “classical music”. I prompted for the purpose of playing the music, putting it into our lunch session context.

Musicians practice daily from sheet music. The music is played to the ‘takt’ or beat of a metronome. Even being off by a fraction of a second can make the music sound rather odd. After practicing on one’s own, the musician joins a group practice, again for many hours on end. Then the whole orchestra comes together for practice, all the while using the same sheet music. This time, however, a person with a baton stands in front of the orchestra, instructing what, when, where, and how to perform. Finally, the music is performed in front of an audience or recorded using the same principles. 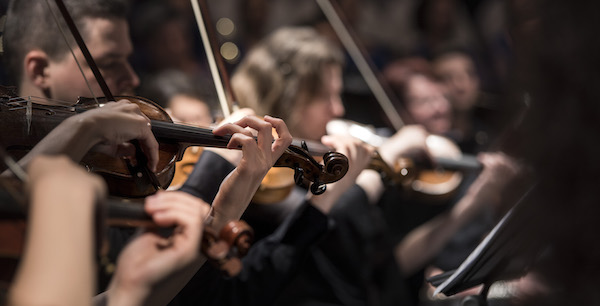 This sounds and looks like a perfect example of Standard Work. Musicians are creative artists, no one doubts this, yet they are creative within the constraints of their instruments and the given sheet music they play. They follow clear rules, have tools, and are well trained within the use of these rules and tools. They are far more restricted and precise than most work places I would think.

A similar discussion started by a scientist at our table. “We cannot do Standard Work, we do research.” Yet research published in peer reviewed journals display data in visual ways, many times as column graphs. These graphs usually show error bars, implying that the experiment was repeated at least three times. Repeated at the same time, in the same timeframe, with the same material, the same process, using the same rules, tools, and skills. Sounds like Standard Work, doesn’t it? In fact, Standard Work is the basis for all scientific thinking. Science, by definition, is repeatable and reproducible – the same input must produce the same output.

At a workplace, Standard Work gives team members certainty that an outcome can be achieved given adequate training in the rules and tools. Management owns and is responsible for these rules, tools and associated processes. Management must therefore ensure that the processes are capable and stable. It would be disrespectful to hold team members accountable for processes that are not capable, stable or adequately documented. Team members can only see if they are winning or losing at their jobs by knowing the work standard and the desired outcome according to that standard. Standard Work also allows team members to see variation and, as such, opportunities for improvement. Improvement brings out the creativity in staff. Wasting team members’ creativity is disrespectful and undoubtedly the biggest of all wastes.

Standard Work is the algorithm by which companies operate, like the genetic code is the algorithm of life. All processes in biochemistry, physiology, immunology and neurology depend on the underlying genetic code. Computers rely on algorithms to perform the same tasks over and over again. The key difference between computers and humans is that computers cannot improve processes, computers cannot be creative, at least not yet. When that happens, everything will change – as described in ‘Homo Deus, A brief History of Tomorrow’. In the meantime, Standard Work is the foundation for Organisational Excellence, improvement and innovation – it is not the reason for them – rather the means by which they can be pursued.