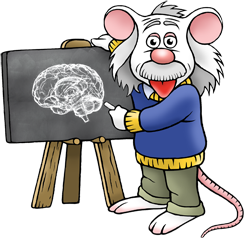 Epilepsy is a collective name for a group of neurological diseases. They are characterized by recurring epileptic seizures resulting from excessive nerve cell activity in the cortex of the brain. In most cases the cause is unknown, but injury, tumours, infections and genetic mutations can play a role in the development of epilepsy. Seizures can be controlled with medication in 70% of cases. Neurostimulation, dietary changes or surgery can also be considered as potential treatments.

Researchers at GIGA-Neurosciences at the University of Liège in Belgium focus on the cellular and molecular foundations of the nervous system. Bernard Rogister, MD, PhD, is a Team Leader at the Laboratory of Nervous System Disorders and Therapy. Prof. Rogister and his team aim to discover physiopathological mechanisms leading to neurological diseases. One of their research areas involves studying the synaptic vesicle membranous protein (SV2A) in the development of epilepsy.

The physiological role of SV2A remains largely unknown even though it has been highly conserved through evolution. Currently there is limited understanding of the normal function of SV2A and its possible involvement in diseases like epilepsy. In the human brain, the SV2A protein is no longer present in resected epileptic foci from temporal lobe epilepsy. Novel anti-epileptic drugs have recently been demonstrated to interact with SV2A, making the protein a new molecular target in epilepsy research.

Prof. Rogister and his team sought to develop a mouse model that would allow them to analyse SV2A and its role in the occurrence and progression of epilepsy. Since full SV2A knockout mice are not viable beyond three weeks of age due to excessive seizures, conditional SV2A knockout mice presented an opportunity to establish a viable disease model.

In a recent paper published in PLoS One, Prof. Rogister and his colleagues introduce a gene targeted SV2A mouse model, generated by Ozgene utilising the Cre/lox approach. In Prof. Rogister’s studies, the homozygous floxed SV2A (lox/lox) mice without Cre-mediated recombination did not display an abnormal phenotype, whereas homozygous recombination of floxed SV2A (cKO/cKO) in all cells recapitulated the phenotype of the previous full knockout model. Prof. Rogister’s team then proceeded to invalidate SV2A in the CA3 hippocampal region in the mice, which has been associated with temporal epileptic seizures in humans. The mice did not experience epileptic seizures or decrease in the epileptic threshold on pentylenetetrazol (PTZ) test. This indicates that the floxed SV2A mouse line has been successfully established and can be used for investigating SV2A functions in various cell types and developmental stages.

For more information on Prof. Rogister’s research, read the publication below and visit the GIGA-Neurosciences website.

Ozgene in the US, Europe & Israel 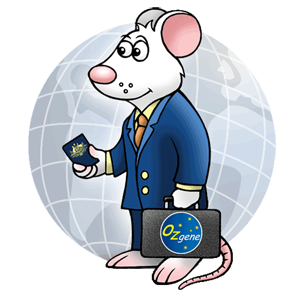 Our CEO, Dr Frank Koentgen, will team up with Dr Roger Askew, our Principal Scientist in North America, in late January – early February to visit clients and explore new opportunities in the US. From there Frank will continue to Europe and Israel mid-February to travel with John Dixon, our Principal Scientist in Europe. Let us know if you’d like to meet with Frank, Roger and John during their travels.

There are questions we are asking ourselves as a company: Why? How? What? and while the order in which we ask them may change, it is about converting our ideas into solutions to gain a competitive edge. Let’s look at what ‘Simon says’: Start with why…